Opportunities
For Students
For Faculty and Staff
For Community
For Alumni
Courses
Our Network
About
About David M. Einhorn
Our Team
Stories and News
What is Community-Engaged Learning?
Engaged College Initiative
Calendar
Our Supporters
Make a Gift
Contact
Cathy Creighton ’87 to direct ILR’s Buffalo Co-Lab
By Julie Greco 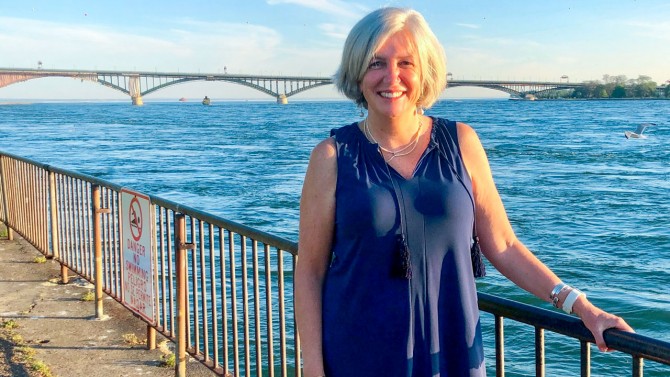 Cathy Creighton ’87, who has served multiple roles with the ILR School’s Buffalo Co-Lab for more than a decade, will become its director on Jan. 1, 2021. She succeeds Lou Jean Fleron.

For eight years, Creighton taught classes to workers interested in becoming union representatives through the ILR Extension’s Labor Studies Program. A graduate of the ILR School, she has also been involved with ILR’s High Road Fellowship program since its inception in 2009, serving on the program’s advisory board.

“Having Cathy take over the program is like passing the baton to a teammate in a relay race – you feel exhilarated, relieved and actively optimistic,” said Fleron, who has directed ILR programs in Buffalo since 1976. “Her preparation to run the next leg of the race for ILR in Buffalo assures wins in reaching the ultimate team prize – a more equitable, vibrant and sustainable economy.”

She serves on the Coalition for Economic Justice Workers’ Rights Board, and is a former board member of the Lawyers Coordinating Committee of the AFL-CIO and the Labor and Employment Relations Association of Western New York.

“My commitment to labor stems not from something radical, but from common decency,” she said, “the belief that people should have a voice in their workplace and be treated fairly.”