Opportunities
For Students
For Faculty and Staff
For Community
For Alumni
Courses
Our Network
About
About David M. Einhorn
Our Team
Stories and News
What is Community-Engaged Learning?
Engaged College Initiative
Calendar
Our Supporters
Make a Gift
Contact
Cornell Votes hails 2020 rise in student voter turnout
By Ashlee McGandy 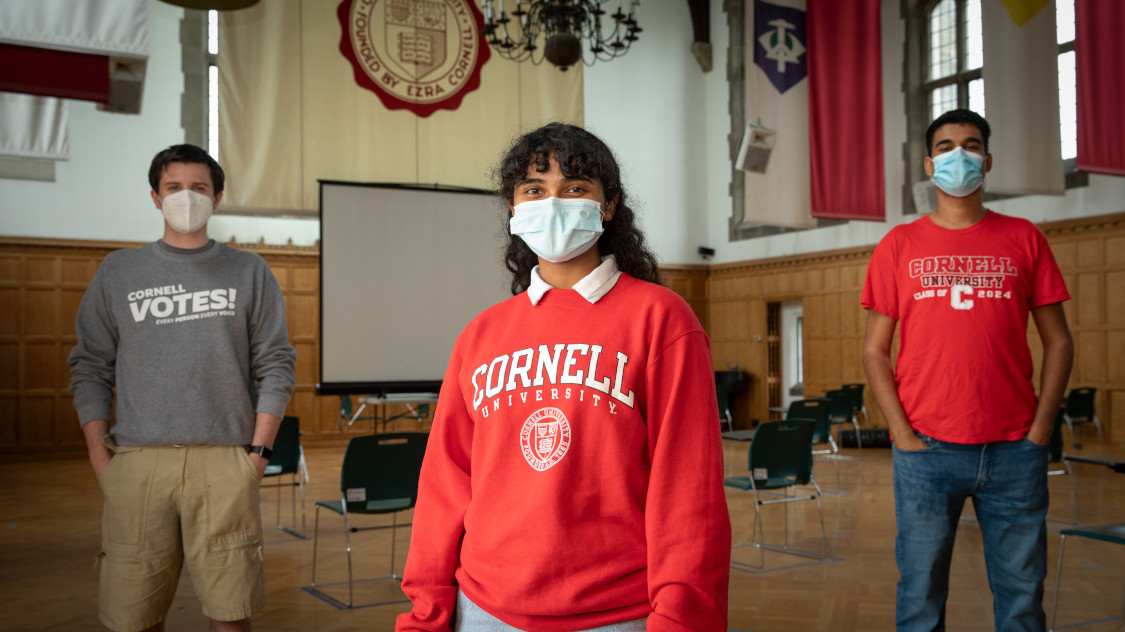 For many students, 2020 marked the first time they could vote in a presidential election. And they turned out in record numbers to make their voices heard.

“We had 4,108 more Cornell students turn out to vote in 2020 [than in 2016], the biggest increase in the Ivy League,” said Mehler, also a new member of Ithaca Common Council.

Throughout the fall 2020 semester, students in Cornell Votes registered hundreds of voters at weekly workshops hosted in partnership with the Cornell Democrats, Cornell Political Union and Cornell Republicans. They also raised awareness through social media and email campaigns.

In the leadup to the 2020 election, Cornell Votes hosted more than 100 workshops in under 100 days, helping students request absentee ballots or learn which candidates and issues would appear on the ballot. Through QR codes Cornell Votes placed at on-campus COVID-19 testing sites, hundreds of students requested absentee ballots or checked their polling sites, in addition to registering to vote.

“It is wonderful to see our students answer the call to be engaged, global citizens, and part of that is being active participants in their democracy,” said Ryan Lombardi, vice president for student and campus life. “I extend my deep appreciation to Cornell Votes for all they do to make that easier for all students to fulfill.”

The voting rate report comes from Tufts University’s Institute for Democracy & Higher Education (IDHE), creators of the National Study of Learning, Voting, and Engagement, or NSLVE.

On campuses across the country, students voted at higher rates in the 2020 election, with voter turnout jumping to 66% in last year’s presidential election. At 66.1%, Cornell is over the national average for the first time ever. The 14-percentage point increase, from 52% turnout in the 2016 election, outpaces that of all Americans, which jumped 6 percentage points from 61% to 67%, according to the U.S. Census Bureau.

“Young voters are the builders of a democracy that represents a multiracial and multiethnic equitable society,” said Jeff Furman, founder of Rejoice the Vote, who has worked closely with the Einhorn Center on youth voting initiatives. “I have met with youth democracy advocates from Wisconsin, Florida, Texas, New York, Minnesota and other states. They are impactful and know it. Voters who vote when they are young become lifetime voters.”

In 2020, Cornell Votes was recognized nationally for its innovative strategies and nonpartisan approach, receiving the Leading Through Nonpartisanship Award from the Students Learn Students Vote coalition. The group’s work extends beyond national elections. Since spring 2021, Cornell Votes has partnered with the Cornell Student Assembly to increase voter turnout after it had its the lowest turnout in history in fall 2020. In spring 2021, voter turnout increased by 33%; in fall 2021, the increase was 31%.

“Cornell Votes’ mission has always been to support students in making their voices heard, and the turnout in elections, ranging from national elections to student government elections, shows students unlocking and using their voices to drive the changes they want to see,” said Dana Karami ’23, vice president of operations for Cornell Votes.