Opportunities
For Students
For Faculty and Staff
For Community
For Alumni
Courses
Our Network
About
About David M. Einhorn
Our Team
Stories and News
What is Community-Engaged Learning?
Engaged College Initiative
Calendar
Our Supporters
Make a Gift
Contact
Engaged learning spotlight: beyond incarceration
By Sharon Tregaskis 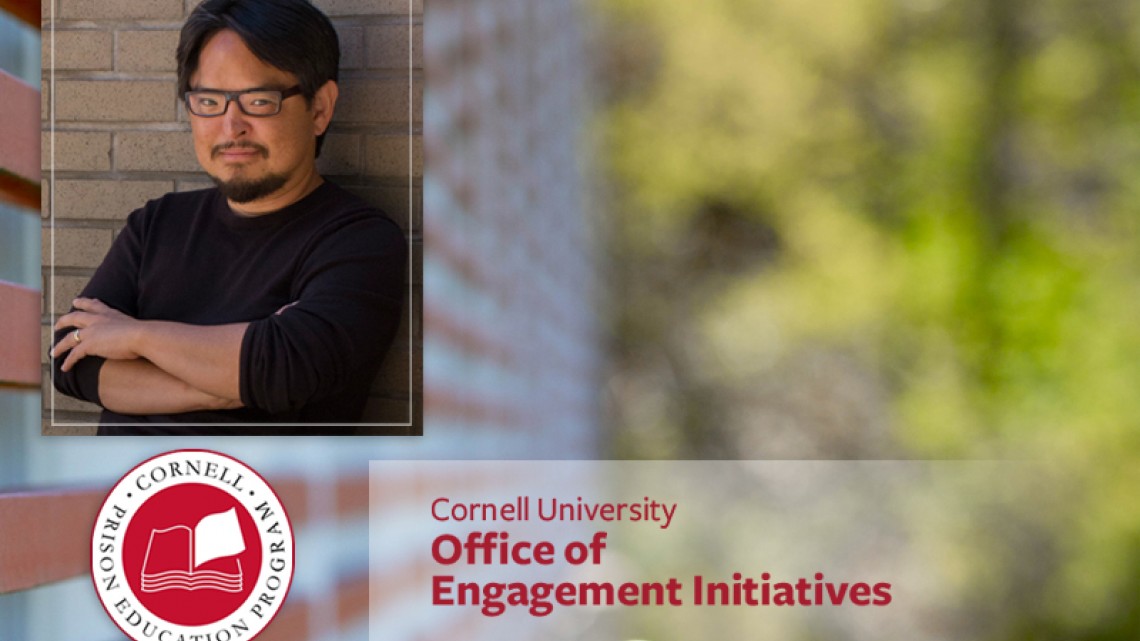 Positive Psychology and the Prison System

In 2017, developmental psychologist Anthony Ong gave a guest lecture on positive psychology, the study of what makes life worth living. Unlike most such talks the professor of Human Development gives, however, this one required a series of background checks.

Ong had been invited to Auburn Correctional Facility, the maximum-security state prison for men an hour north of Ithaca. On the appointed day, Ong, who also directs Cornell’s Human Health Labs, was escorted through multiple security checkpoints to the venue and, having been forbidden to bring notes of any kind, he gave an extemporaneous talk on how mindset affects human health and longevity. “I was standing in the middle of a chapel, on prison grounds, on a stage behind a pulpit,” Ong recalls. “I give the talk and there’s a half-dozen guys asking questions—hard questions, like Why should we care about positive psychology? Why give us hope in this hopeless environment?”