Opportunities
For Students
For Faculty and Staff
For Community
For Alumni
Courses
Our Network
About
About David M. Einhorn
Our Team
Stories and News
What is Community-Engaged Learning?
Engaged College Initiative
Calendar
Our Supporters
Make a Gift
Contact
Major gift endows Cornell Mui Ho Center for Cities in AAP
By James Dean 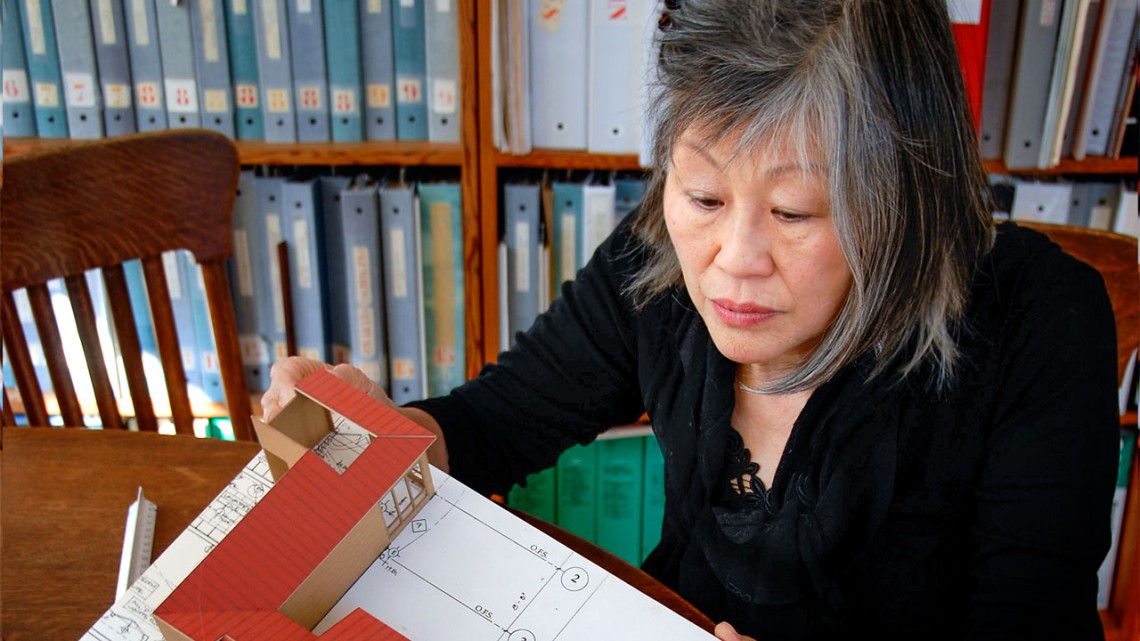 A foundational gift has endowed and named the Cornell Mui Ho Center for Cities in the College of Architecture, Art and Planning (AAP), advancing research, teaching and partnerships dedicated to fostering more sustainable and just cities.

The largest single gift to AAP to date, in the amount of $25 million, from Mui Ho ’62, B.Arch. ’66, builds on initial support that helped establish the center two years ago. The new funding secures in perpetuity the center’s long-term future and strengthens its mission to catalyze urban transformation through actionable knowledge about how to better plan, design and build thriving cities.

Leveraging AAP’s creative capacities and core expertise in design, the built environment and urban planning, the center aims to help policymakers, communities and other collaborators address urgent challenges facing cities around the world – from climate adaptation to urban mobility to clean air and water.

“This remarkable gift will expand the capacity of Cornell’s world-class experts in architecture, art and planning to shape cities that are more sustainable and livable for all of their inhabitants,” said President Martha E. Pollack.  “I’m deeply grateful to Mui for her inspiring vision and her extraordinary commitment to AAP and Cornell.”

Ho, an architect and retired educator whose philanthropy previously enabled design of the Mui Ho Fine Arts Library at AAP, said she expects the center to galvanize the college’s three departments around the most complex urban challenges, and to connect that work to cities whose populations – and problems – are growing.

Ho said she’s excited to partner with Meejin Yoon ’95, the Gale and Ira Drukier Dean of AAP, on such a critical vision for the college and its disciplines. The center, she said, illustrates how architecture, as a humanist discipline, is deeply embedded in everything from the economy to the natural environment.

“I see the center as an invitation for experts at Cornell and from all over the world to join in advancing AAP’s human values, excellence in design education and innovative research to effect change in cities now and in the future,” Ho said.

Added Yoon: “I have long admired Mui for her extraordinary generosity and no-nonsense humility, but also because she lives her values every day. Mui has a fierce belief in humanity and the collective responsibility of architects, artists and planners to build a more just, resilient and sustainable world. An architect and longtime educator herself, Mui’s gift to the college and vision for its future draws parallels with her dedication to seeing and serving need with design, and preparing the next generation to not only design spaces and buildings, but to make places and build community.”

Cities are at an inflection point, said Victoria Beard, inaugural director of the Mui Ho Center for Cities and professor of city and regional planning. They are vibrant centers of productivity and creativity, generating 80% of the world’s gross national product – but also major contributors of greenhouse gases and rising inequality.

Climate change, a lack of affordable and secure housing, and the coronavirus pandemic, she said, have underscored the fragility of urban living. A few examples: Six hundred million people live on coastlines vulnerable to rising sea levels. The U.S. counts more than 500,000 people homeless, many concentrated in its wealthiest cities. And in the Global South, 70% of residents lack at least one core urban service, such as access to water or waste infrastructure.

“This moment demands that we radically rethink our assumptions and generate new knowledge to ensure our collective urban future,” said Beard, who is also associate dean of research initiatives in AAP.

Toward that end, the Mui Ho Center for Cities has organized faculty research labs into three thematic hubs – for Sustainable Cities; Just and Equitable Cities; and Design and Development.

Within the university, the center will collaborate with the Cornell Atkinson Center for Sustainability; Mario Einaudi Center for International Studies; David M. Einhorn Center for Community Engagement; and Urban Tech Hub of Cornell Tech’s Jacobs Technion-Cornell Institute in New York City, among others.

“The Mui Ho Center for Cities will be a powerhouse, generating action-oriented research that will benefit us all,” said Ani Dasgupta, president and CEO of WRI. “To have such a respected academic institution shaping the future of cities is invaluable. I look forward to finding ways to collaborate with the center’s many scholars.”

At a launch event planned this fall, the center expects to share data from the first-ever Global Survey of City Leaders, a survey of local government executive leaders in 125 countries about their priorities and the challenges and opportunities they face. The center has launched two other multi-year initiatives: Urban Climate Change Mitigation and Adaptation, examining lessons learned from urban climate adaption in cities in the Global South and Global North, and Inclusive Urban Development, focused on how to build cities that address systemic racism and disenfranchisement and support neighborhoods where everyone can live, move and thrive.

“The Mui Ho Center for Cities draws on AAP’s strengths and shared values, not only by creating a platform to work across disciplines and domains to address today’s most urgent and intractable urban problems,” Yoon said, “but by empowering the next generation of designers and urban change agents to imagine, plan and build a better tomorrow.”