Opportunities
For Students
For Faculty and Staff
For Community
For Alumni
Courses
Our Network
About
About David M. Einhorn
Our Team
Stories and News
What is Community-Engaged Learning?
Engaged College Initiative
Calendar
Our Supporters
Make a Gift
Contact
Smooth start to virtual instruction, thanks to weeks of prep
By Melanie Lefkowitz 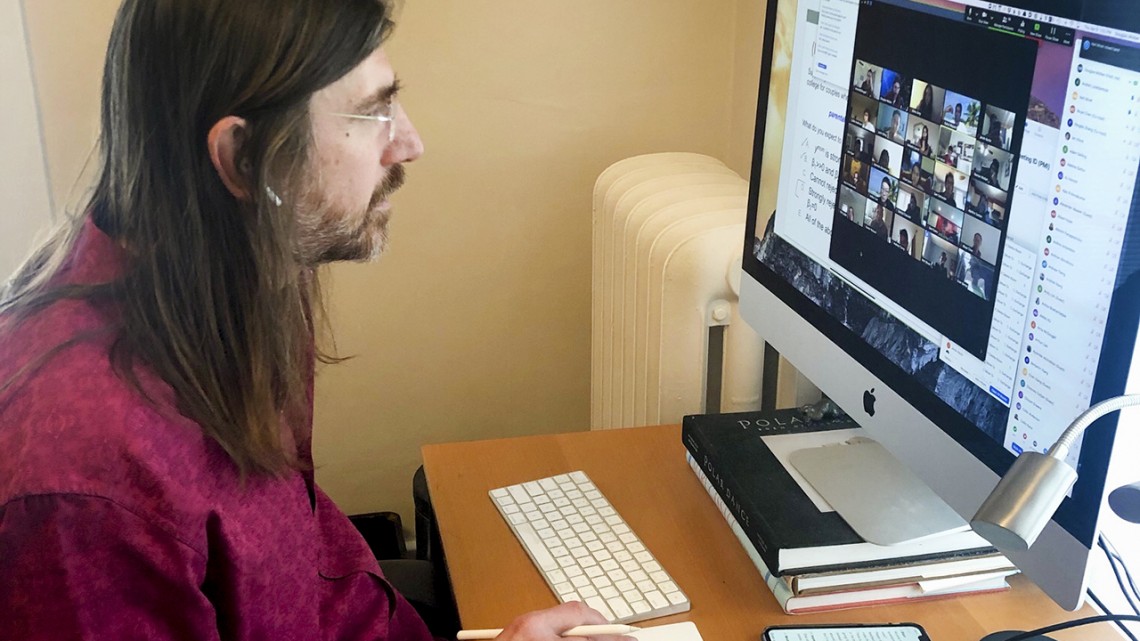 At around 1:25 p.m. on April 7, students began streaming into the Zoom meeting for ECON 3120, Applied Econometrics – much as they used to stream into G76 Goldwin Smith Hall in person.

By the time Doug McKee, senior lecturer in economics in the College of Arts and Sciences (A&S), began the class, 97 of the course’s 130 students had popped up onscreen – an impressive number, considering they knew the class would be recorded to watch later. And when McKee directed them into breakout rooms to solve a problem together, it worked.

“It went remarkably similar to how I’d hoped and planned it would,” McKee said. “I have a 27-inch screen, so it took a little bit of time to move everything around so I could see what I wanted to see. I have a colleague who said she felt like an airline pilot – you really do have quite the dashboard when you’re teaching these big classes.”