Opportunities
For Students
For Faculty and Staff
For Community
For Alumni
Courses
Our Network
About
About David M. Einhorn
Our Team
Stories and News
What is Community-Engaged Learning?
Engaged College Initiative
Calendar
Our Supporters
Make a Gift
Contact
Students help man win freedom after 28 years in prison
By Kathy Hovis 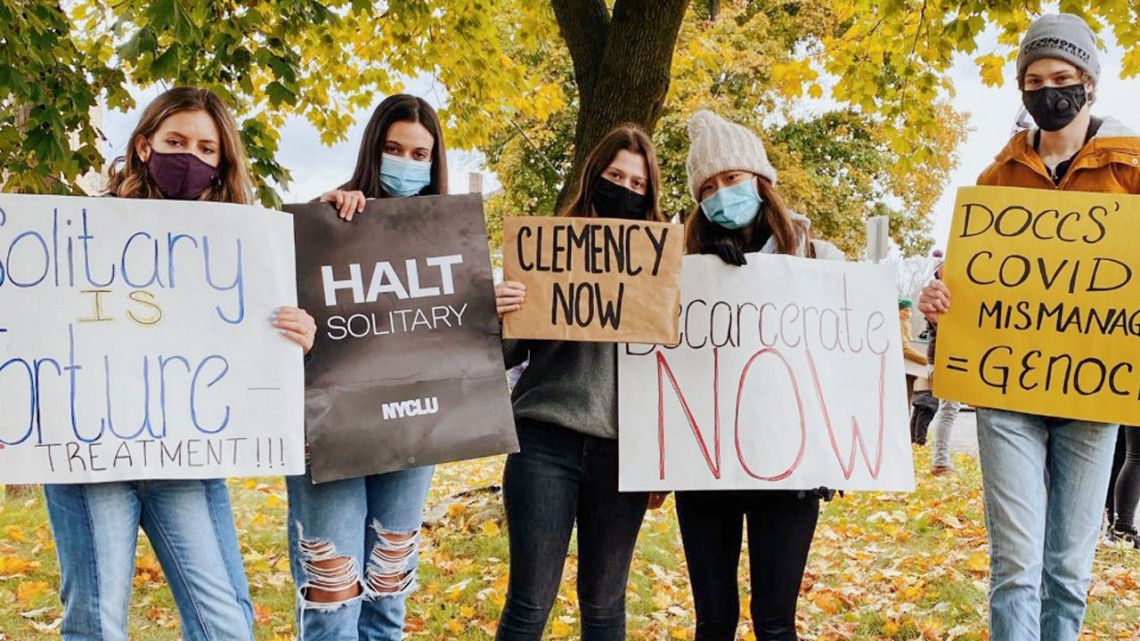 A group of Cornell undergrads celebrated earlier this month after they learned that an incarcerated man, with whom they’d been collaborating on securing his release, was given parole after 28 years in prison.

The students are part of a new Cornell chapter of the Parole Preparation Project, which helps incarcerated people prepare for interviews with their parole boards, during which they make their case for freedom. The students help compile packets that contain court records and files from the corrections department, but they can also include letters of support and statements from the incarcerated person about their history, remorse and post-release plans; the incarcerated people use these documents to show the parole board why they should be released.