Opportunities
For Students
For Faculty and Staff
For Community
For Alumni
Courses
Our Network
About
About David M. Einhorn
Our Team
Stories and News
What is Community-Engaged Learning?
Engaged College Initiative
Calendar
Our Supporters
Make a Gift
Contact
Students get out the vote, on campus and across the state
By Susan Kelley, Cornell Chronicle, Lindsey Ross Johnson, Student and Campus Life 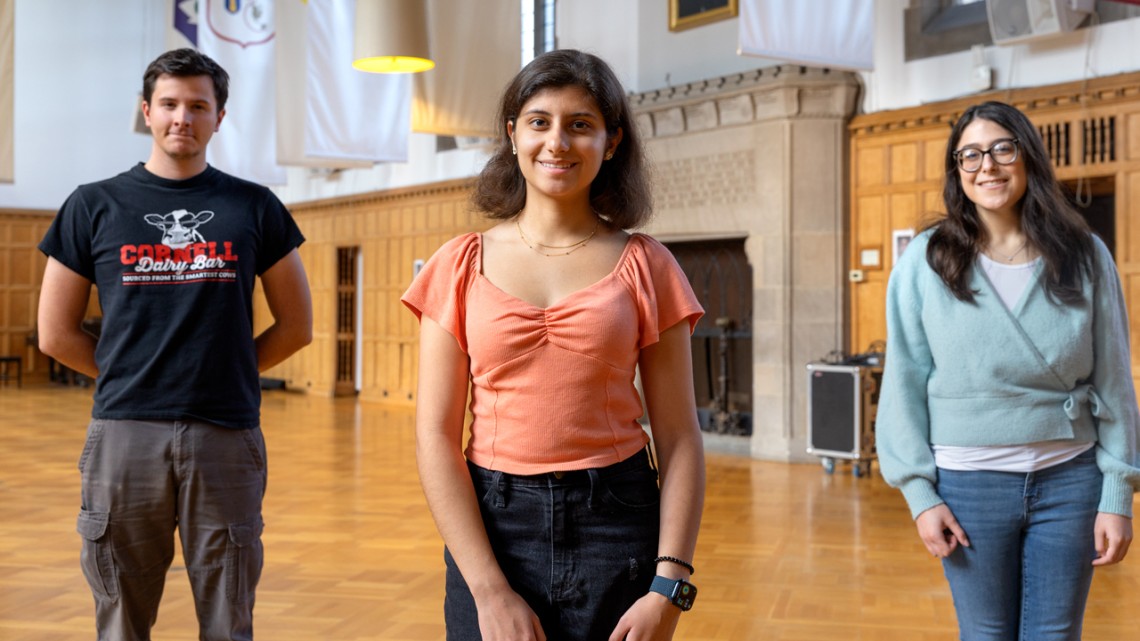 On Nov. 8, for the first time, nearly all Cornell students who live on campus will be able to vote on campus in a general election, thanks in part to Cornell Votes, a two-year-old nonpartisan student group that helped advocate locally and statewide for on-campus polling locations in New York.

“The ultimate inspiring thing for me is that students are a wildly untapped population in terms of people getting their voices heard – a huge group who, in my experience, is not apathetic but frustrated with how complicated it typically is to vote,” said Patrick Mehler ’23, founding member and president of Cornell Votes, a senior in the ILR School and an alderperson on the City of Ithaca’s Common Council.